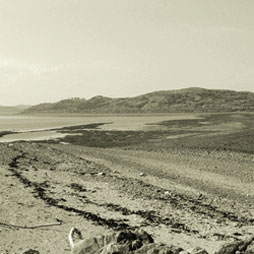 Ownership by Monks
Hestan came under the ownership of Dundrennan Abbey in the 12th and 13th centuries and monks from the Abbey used the island for fishing. The remains of the ‘Monk’s Pool’, a walled enclosure, are still just visible at the end of the Rack, which was used by the monks for trapping fish at low tide.